The debate over drilling for oil in the Whittier Hills is getting nasty and rude. Opponents of the idea should be allowed their space to exercise their freedom of speech by publicly expressing their opinion and concerns with dignity and respect without belittling individuals. Politicians who must resort to name-calling do not demonstrate qualities of desirable professionalism and ethics. When the time comes when politicians shut the voice of the people out, then it’s time to clean-up government. After all, this is supposed to be a democracy, isn’t it? Politicians were sworn to protect and defend the Constitution. Who was the Constitution written for when the preamble of it states: “We the People…”

I highly support our City Council -- they are very dedicated to the City of Whittier. But more importantly, the freedom of speech of the people, either pro or con, guaranteed by the First Amendment must be defended. And, I must respect this above all else. Both sides must be granted a voice, equally and honorably.
Posted by Kamijin1951 at 10:48 AM No comments: Links to this post

Kamijin1951
Author, "Kami Jin" and "A Vision for Humanity -- Moving Mankind in the Right Direction"

A Vision for Humanity -- Moving Mankind in the Right Direction 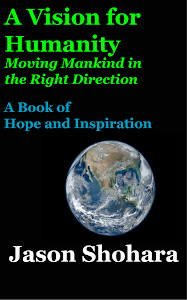 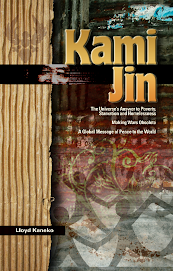 Petitions by Change.org|Start a Petition »

Join Me on MySpace

Join Me on Linked In

Email Marketing You Can Trust